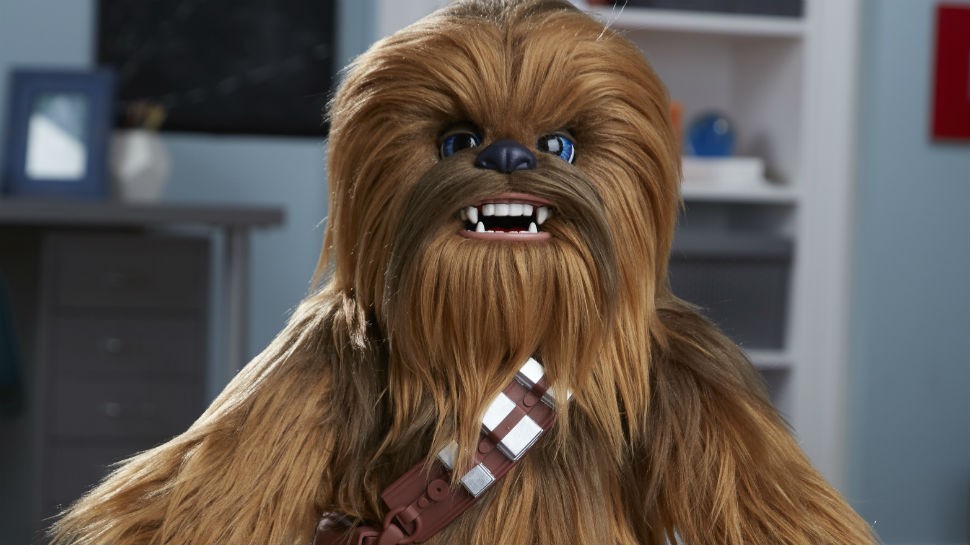 The youngsters who don’t know much about Chewbacca will have the opportunity to get to know him though the move Solo: A Star Wars Story (which is initially released in May). Apart from that, for those who already know Chewbacca, this movie will refresh the fascinating memories. After all, it is pretty amazing to see this cute little creature on the big screen. In Solo: A Star Wars Story, you will be able to see the younger versions of both Han and Chewie.

Well, for those who like to recall the old sweet memories and own a cute little Chewbacca, Hasbro offers an excellent choice; Star Wars Ultimate Co-Pilot Chewie. In fact, this respective product comes as a part of the product line FurReal Friends, the distinct toy series of Hasbro. Co-Pilot Chewie is made to be an interactive toy just like the other products of FurReal Friends.

Now we know from where this adorable chewie concept comes from, let’s take a look at the most notable features associated with it.

The obvious use of this adorable Co-Pilot Chewie is playing. You shouldn’t necessarily expect this toy to actually co-pilot you. You can simply cuddle it, pick it and hug whenever you need. Most importantly, you don’t need to be a small child to do so; this adorable chewie can deliver enormous fun and excitement even if you are an adult. We are pretty sure that those who are older than 4 years will appreciate the friendly growl of this chewie. However, for very small children (those who are aged 2-3 years), the growling can be somewhat scary. Apart from cuddling and tapping its head, you can even tickle this beautiful interactive toy; Co-Pilot Chewie will react to your tickling with a movement and a growl.

According to the product descriptions provided by the manufacturers, this product is recommended for kids over 4 years. We believe this recommendation is implied particularly because of the growling; it can be somewhat scary for a really small kid. Moreover, the furry appearance and the sudden movements of this chewie can be “too exciting” for a toddler.

Although Chewie is already becoming famous as an interactive toy, it isn’t available in the market yet. In other words, Start Wars Ultimate Co-Pilot Chewie isn’t available in market yet. This cute product will appear in the market by the end of 2018 according to the sources. So, no matter how curious you are about the product, you will have to wait until the end of 2018 to purchase it.

If you are a Star Wars fan, you must be a fan of Chewbacca too. Co-Pilot Chewie is an interactive toy that resembles this wonderful character. It is true that this product is recommended for kids over 4 years. However, this adorable toy can necessarily be loved by adults too. It doesn’t pose any harm on the child. But, the growling of this creature can be somewhat scary for toddlers (depending on how they tolerate furry, interactive toys). It is powered by 4 X AA batteries (you have to purchase them separately. If you are looking to upgrade your toy collection with an exciting interactive toy, Co-Pilot Chewie can be a superb choice. It is an excellent gift idea too.