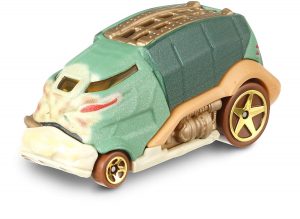 If you haven’t heard about the Star Wars movie sequel, that’s pretty strange. In fact, Star Wars has become a norm in the society in the context of movies. The initial version of this movie was released back in the 70s, and since then, it continues to expand the fan base at a steady pace. Pretty much all the episodes released by Star Wars were able to grab the attention of fans across the globe. As of today, the plot, the characters, the machines, vehicles and the weapons featured in this movie has become incredibly popular among the fans.

Due to the remarkable popularity of those characters, fans are even interested in buying minifigures and toys to celebrate them. Collecting Star Wars characters and toys has become a favorite hobby among the adults and youngers alike. As a Star Wars fan, you may know that not all the characters featured in Star Wars are symmetrical; some of the characters like Jabba the Hutt comes with a blobby structure. However, this weirdness doesn’t keep him away from fans. It is still a universal character. That is why toy manufacturers like Hot Wheels introduced the character-inspired vehicle to represent Jabba the Hutt too.

Hot Wheels is a reputed brand name that offers plenty of die-casted toys of various themes. They often combine with other renowned brands to present excellent products. They have teamed up with Star Wars too, and as a result of this perfect combination, they are able to offer a specific set of toys – Hot Wheels Star Wars character-inspired vehicles. This particular line of products comprises of various cars and vehicles that are designed and detailed to complement different characters featured in Star Wars movie. Already, collecting these character-inspired toys have become a favorite hobby among Star Wars and Hot Wheels fans. If you are a Star Wars fan, Hot Wheels’ character-inspired vehicle series must be of your interest too. With that being said, in this article, we are going to review the characteristics of the Hot Wheels Star Wars Jabba The Hutt vehicle.

Jabba the Hutt in Star Wars

Jabba hails from a desert world located in the Outer Rim Territories. This particular world is called Tatooine. As per Star Wars movie plot, Jabba was born in 600BBY. Jabba is a relative of Hutts Mama and Papa (he is the grandson of them). A long time before the Galactic Civil War, Jabba the Hutt became the crime lord. He owned veracious criminal bodies in the Outer Rim. He mainly involved in activities such as smuggling, slave trading, pirating, etc. Due to his “impressive” criminal record, Jabba was even able to get a seat of the Grand Hutt Council. As a reputed crime lord, Jabba operated his business from a place located away from the palace. He carried out his crime operation from a place called Northern Dune Sea of Tatooine. He spread his crime operation across the galaxy and formed one of the most powerful criminal empires in the world.

Hot Wheels Star Wars Jabba the Hutt vehicle comes with somewhat unusual shape and design. Even the color combination of the vehicle looks pretty extraordinary. After all, the purpose of this design and detailing is to match its Star Wars character Jabba the Hutt and that explains the unusualness of the vehicle. If you are a fan of the Star Wars movie and looking to build a collectible set, this is a must-have product we should say. Hot Wheels Star Wars Jabba The Hutt Vehicle makes a unique appearance, and that can make your collectible set a complete one. Apart from that, this individual product can be used as a toy to race with other Hot Wheels vehicles.

–    This product resembles the blobby appearance of Jabba The Hutt

–    This product is manufactured to match the scale 1:64

–    One of the best collectible ideas for any Star Wars fan

You can either use it as a toy vehicle or a collectible item that celebrates Star Wars concept.

As of this writing, this product is available in leading online stores.

Hot Wheels Star Wars Jabba The Hutt vehicle is an item with a pretty unusual appearance and a design. However, it adds better versatility to your character-inspired vehicle collection. If you are a Star Wars fan, this is a necessary product for you. Apart from being an excellent collectible item, it plays the role of a good toy too.