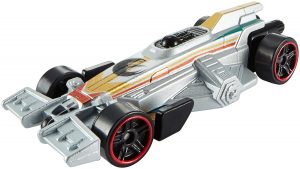 Star Wars movie sequel became incredibly popular after its initial release which took place back in the 1970s. Since then, several Star Wars movies were released, and pretty much all of them became really popular. People often discuss the characters, vehicles, weapons and other aspects featured in Star Wars movies. Notably, the characters and cars featured in Star Wars have become popular among the fans. When it comes to the vehicles featured in Star Wars, many of them have the looks of battle crafts. These vehicles are designed to travel at high speeds and are equipped with powerful weapons. Some of these vehicles are owned by villains while the others are owned by heroes who try to save the galaxy. No matter whether they are held by heroes of villains, these vehicles are celebrated by Star Wars fans. As we believe, the versatility and attractive appearance of these vehicles have contributed substantially to the popularity of the Star Wars movies. If you are a Star Wars fan, you will be thrilled to own cars that resemble the appearance of these battle crafts. You can find such a collection of vehicles under a brand name like Hot Wheels.

Hot Wheels is renowned as a toy vehicle manufacturer mainly using die-cast technology. They have introduced a series of miniature cars that are designed according to Star Wars inspired themes. These cars are designed according to different characters and vehicles featured in Star Wars. The combination of Hot Wheels and Star Wars present you one of the most beautiful and remarkable lines of products. As of today, these cars are becoming incredibly favorite among the Star Wars; many of the Star Wars fans have already started to collect these cars as a hobby. Hot Wheels Star Wars The Ghost Vehicle is such a product which will be reviewed in this article.

The Ghost in Star Wars

In fact, the Ghost is a newer version of VCX-100 light freighter. Twi’lek Hera Syndulla was the owner of VCX-100, and it was used by the Spectres. That is During the Age of the Empire. As part of the rebellion group, the Ghost appeared in various missions that were deployed against Galactic Empire. It also accompanied another vessel, namely Phantom. The Ghost was named by Hera considering this craft’s unique ability to avoid the sensors and being virtually unnoticed. The Ghost is a relatively older vehicle vessel that has some battle scars too. However, the performance of this vehicle is still apparent. It had a turret gunner station just below the cockpit. This unique area can be accompanied by a gunner. It facilitates the gunner to cover a 360 angle with the laser cannons. Also, the Ghost carries four cargo holds. The front half of the vessel features a crew section.

As mentioned before, Hot Wheels have reimagined the most admired starships that were found in Star Wars movie. Hot Wheels Star Wars The Ghost Vehicle is one of the notable value additions to this line of products. This particular product resembles some of the details of the Ghost accurately. However, the color combination used in this reimagined vehicle is slightly different compared to the original Ghost appeared in Star Wars. However, the overall appearance and the shape of the car makes a good die-cast car that has accents of Star Wars character. If you are a real fan of Star Wars, it might be a pleasure for you to have these reimagined vehicles as a collection. Apart from using as a collectible item, you can use these cars to play racing games; if you have the other character-inspired vehicles as well, it will be more fun for you.

Here are some of the most notable features associated with this die-casted small vehicle.

–    It is made to resemble the appearance of well-known Star Wars starship; the Ghost.

–    This product comes with a scale of 1:64 so it makes an ideal product as a collectible item.

–    Apart from using a collectible item, you can use it to play racing combined with other Hot Wheels cars.

–    It is a part of Hot Wheels’ character-inspired vehicle series.

The manufacturers of Hot Wheels Star Wars The Ghost Vehicle recommend it for kids over 3.

This miniature die-casted vehicle can be considered as a decently designed collectible item that represents the appearance of The Ghost in Star Wars.

We were able to find this product in several leading online stores as of this writing.

Hot Wheels Star Wars The Ghost Vehicle makes a beautiful collectible item for Star Wars fans. Moreover, it can be used as a toy and play various racing games when combined with other vehicles of this series.