Many new toys are set to come out sometime this year – some good, some not so interesting. One that is really standing out from the crowd would be the LEGO NASA Women Space Set. This set will offer you a total o ffive new characters that you can use with your space inspired Lego structures.

This popular toymaker has designed to introduce a new set that features five history-making women that made great contributions to the space program. Maia Weinstock is the MIT News editor that created “Women of NASA.” Maia Weinstock submitted the idea during the Lego completion. Weinstock’s entry received the 10,000 votes that were needed before Lego considered manufacturing it. Lego has recently announced that they are already taking the steps to creating it.

Let’s take a look at the five women you will be adding to your space inspired Lego set:

Katherine Johnson – She is a mathematician and physicist that is well known for manually calculating trajectories and launch windows during a lot of the early NASA missions – this includes the 1969 Apollo 11 flight to the moon. In 2015, she received the Presidential Medal of Freedom and in the movie Hidden Figures, she was portrayed by Taraji P. Henson.

Margaret Hamilton – She is a computer scientist that was responsible for developing the on-board flight software that is used in the Apollo missions to the moon. She also received the Presidential Medal of Freedom award for being a coding pioneer.

Nancy Grace Roman – This woman is known as the “Mother of Hubble” based on her work on the telescope. She is one of the first female NASA executives. She was the mastermind behind NASA’s astronomy research program.

Sally Ride – She is a physics professor and astronaut. Her name may stand out from the crowd, because she was the first American woman in space and the third overall. She was faced with questions like “Is this flight going to affect your reproductive organs?” She traveled to space at the age of 32 and remains the youngest American astronaut to travel to space. Back in 2001, she create a company that designed entertaining science programs and publications for girls.

Mae Jemison – She was a medically-trained astronaut. Her name may also ring a bell. This is because she was the first African-American women to travel to space and orbit the planet. After her career with NASA, she branched out and created her own tech company and took on a job as a professor.

Weinstock did a great job at coming up with the LEGO NASA women space set idea – this is something that makes you say “why didn’t I think of this?” She told BBS that her main purpose was to inspire girls to go for careers in STEM. She stated “Girls, in that they can and should be engineers, scientists, and mathematicians, and boys, in that they internalize at an early age that these careers are for everyone, not only men.”

As of right now, Lego is putting some final touches on the characters’ design. Unfortunately, at the time of writing this review, Lego hasn’t put a release date on the set. However, we believe it will be set in late 2017 or early 2018. 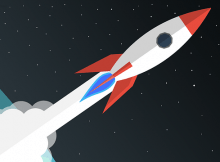