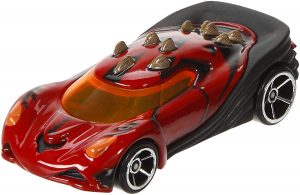 Star Wars is a movie that has a large fan base spread across the world. The first movie of Star Wars sequel was released back in the late 1970s, and since then many Star Wars movies were published in the form of episodes. The overall popularity of the Star Wars movies grows at a steady pace. Both youngsters and adults admire this excellent science fiction and adventure movie due to the plot, characters and the overall concept it features. Each Star Wars movie has an extensive range of styles; some of the figures represent the good, and the rest of them are villains. These characters present in various outfits, facial expressions, sizes, and body shapes. The versatile collection of the characters is a significant reason for the popularity of the Star Wars movies. Many of the characteristics associated with Star Wars movies come with unique details, body shapes, facial features, and outfits. Some of these characters look really strange; after all, we are talking about alien species, and you cannot expect them to have the same appearance as humans.

Maul underwent specialized training to become a powerful weapon of Sith. As a result of this training, he developed his acrobatic skills and learned how to use the dual-bladed lightsaber (which is his weapon). He is known for his cruel behavior against the enemies.  The appearance of the Darth Maul is pretty scary due to the color combination (red, black and yellow), eyes and particularly the spikes on his skull. Overall, Darth Maul is a remarkable character in Star Wars.

How Wheels Star Wars Darth Maul vehicle comes with a fantastic appearance just like its model character Maul. The color combination of this character inspired car complements the original style of the Star Wars perfectly. Apart from the colors, the vehicle has a spiky finishing on the top of the vehicle, and that assures the uniqueness of this model. The scale of this product, just like the other character inspired product line of Hot Wheels, comes in 1:64. This scale makes it a lovely collectible item too. Apart from considering it as a collectible item, you can use it to race with other toys introduced by Hot Wheels.

Let’s take a look at the most notable features associated with this beautiful toy car.

–    It resembles the outer appearance of Darth Maul.

–    This product is a part of the character-inspired series of vehicles by Hot Wheels.

You can consider it as a collectible item as well as a toy.

Hot Wheels Star Wars Darth Maul Vehicle is one of the good-looking toy vehicles introduced by Hot Wheels. It has the unique appearance of Darth Maul. You may get it as a collectible item as well as a beautiful toy. It makes a superb gift idea too.